99-year-old man marries his girlfriend, 40, after 20 years of dating

A 99-year-old Kenyan man, Johana Maritim Butuk, has finally tied the nuptial knot with his girlfriend, Alice Jemeli, after 20 years of dating.

Butuk and his 40-year-old lover got married in a colourful wedding ceremony in Soy, Uasin Gishu County, on Saturday, January 14, 2023

The couple exchanged their marriage vows at the nearby St. Mark’s Soybean Catholic Church, and locals who attended the ceremony described it as very colorful.

According to reports, Jemeli was only 20 years old when they first met in 2003, and Butuk was 69. Despite their age differences, their love blossomed, and they are now husband and wife.

The nonagenarian proposed to Jemeli in December 2022, and plans for a wedding ceremony started.

The Standard reports that it was Butuk’s first marriage since he has never dated a woman in the 99 years he has lived. However, Jemeli has three children from a previous relationship and is happy Butuk has accepted them.

Speaking in a chat with Standard, Batuk said that when he met Jemeli, he discovered that she was everything he wanted in life.

“I did not marry my entire life because I have always wanted peace of mind. I was also busy with menial jobs, and when I decided to marry all my friends were already grandfathers. But when I met my wife, I discovered that I found what I wanted in life. Alice talks less and helps navigate challenges in life.

“She was young when we first met, and I loved her because of her humility. I was first introduced to her by a woman called Tabasei, and ;we connected well despite the age differences. I am happy because my wife is now mature and responsible.” 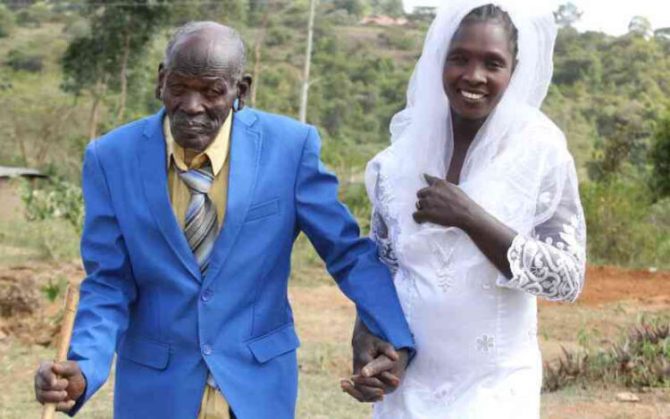 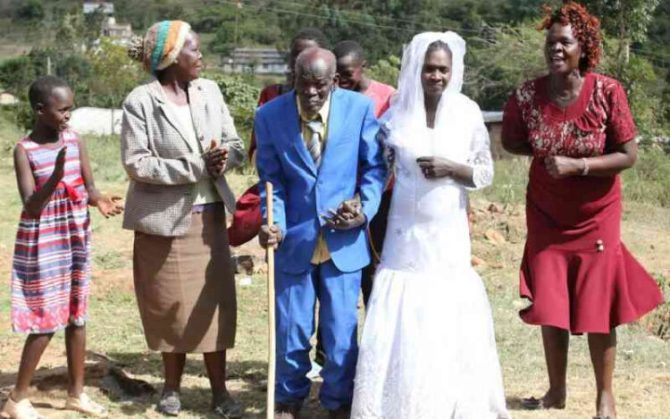 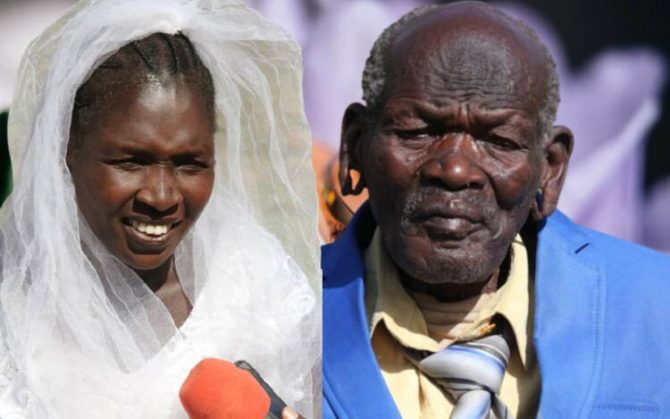 The wife on her part, said,

“I loved him when we first met in 2003. I had quit an abusive relationship, but when I met Mzee (Butuk) through a woman, I loved him because he was humble and listened to me. He was old, and I decided to be his helper because I knew that I would become a married woman like other women”.

She added that Butuk was homeless and unkempt when they first met, and she prides in changing his life. Butuk lived with one of his brothers, only identified as arap Kenei, who died in 2010.

“I have been late in many things, but today I am happy because I am a married man. I was initiated in 1943, way after my age mates had been circumcised. I am confident that the happiness in my marriage will make me live longer,” the happy groom continued.