A Nigerian woman, Uduak Victor, has taken to Facebook to narrate how her father sent her mother packing for not conceiving a male child.

Uduak made this disclosure on Facebook while responding to a mother of four girls who sought the advise of netizens after her husband threatened to marry a second wife if she fails to give birth to a male child.

Speaking from her experience, Uduak encouraged the embattled mother not to worry about her husband’s verdict and instead focus on raising her female children because they are her future.

“Madam leave that thing and take care of ur treasures very well, my father that had the same mentality, threw my mum out but to God be the glory we the girls are the one feeding him today we were (5) female and we are all married, that y I love my mum very much.” she wrote. 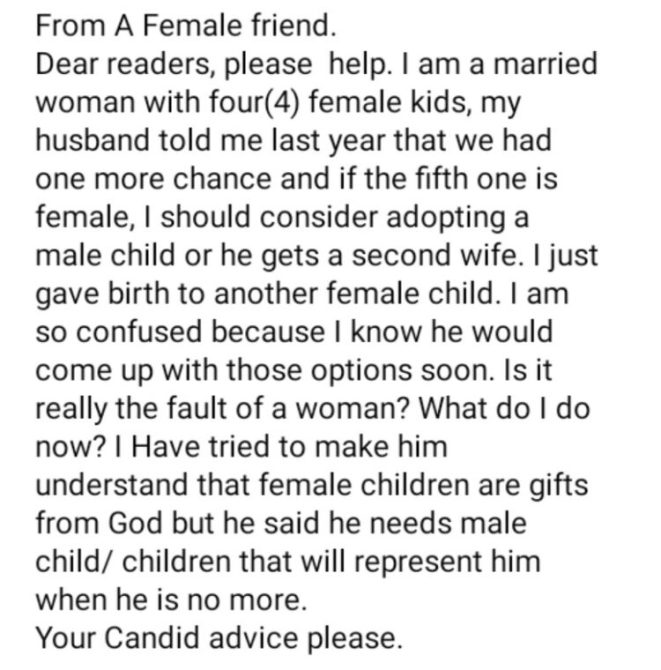 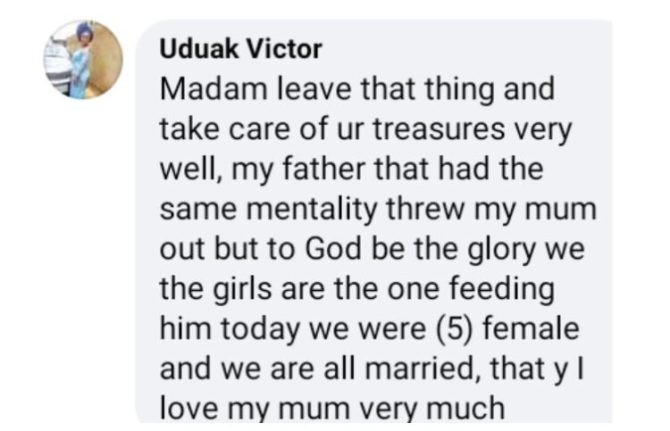