EntertainmentForeign News.GossipHollywood
Home›Entertainment›Cardi B gives interesting response to nosy fan who asked how she copes with her long nails

American rapper, Cardi B has given an interesting response to a fan who questioned how she copes with her long nail extensions.

The fan had posed the question on Twitter after the “WAP” crooner posted stunning new photos of herself with her beautiful nails on display. 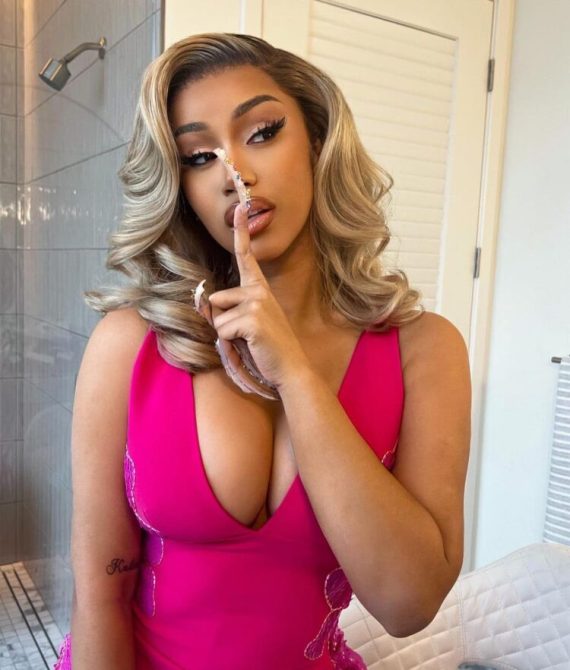 Bemused by how long the nails were, the inquisitive fan asked a rhetorical question about how the mother of two pleasures herself with them.

“How does she finger her self with them,” the tweep asked without expecting a response back.

Humorously, Cardi B spotted the comment and gave a rather fascinating response to the tweep. 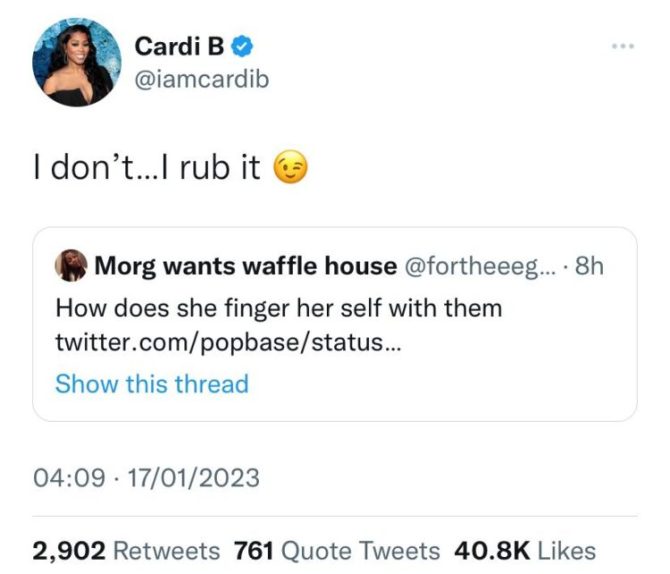 Facebook Comments Box
See also  “I see the best of me when I’m with you” – Singer, Portable’s first wife hails him as he introduces her to Obi Cubana
TagsCardi BEntertainment News
Previous Article