Nigerian superstar singer, Ayodeji Balogun, professionally known as Wizkid, has warmed the hearts of many after he gave a shoutout to his colleague, Davido, during a recent performance. 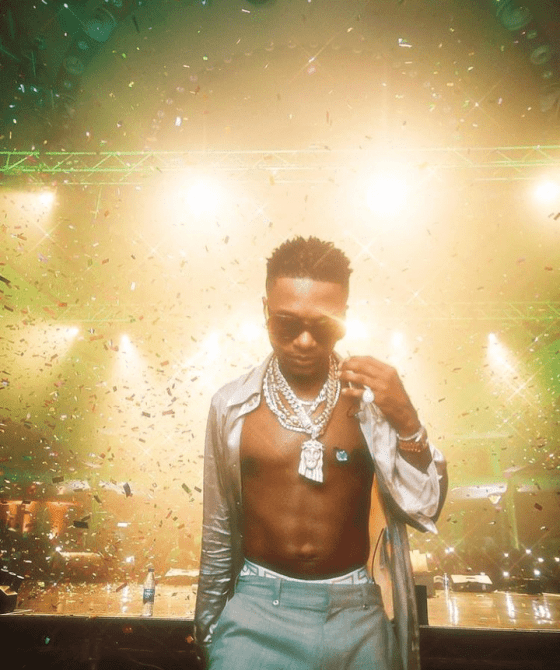 The “more love, less ego” star, during his sold-out show at the Madison Square Garden in New York on Wednesday, November 16, paid tribute to Davido, who just lost his 3-year-old son, Ifeanyi.

While Wizkid’s official disc jockey, DJ Tunez, played two of Davido’s songs, “Dami Duro” and “If,”  Wizkid sang along and declared his love for the singer. “O.B.O., we love you,” he said.

The audience were thrilled by this and cheered loudly while dancing to Davido’s song as it played.

My Igbo lover not a married man ...