His newly-wed lover who looked simple and elegant on the day, decided to ditch the conventional white wedding dress in other not to raise suspicions.

UK-based Pastor of SPAC Nation, Tobi Adegboyega, as well as Daddy Freeze’s mother, Smaranda Olarinde and a small circle of friends witnessed the couple’s union as they officially became husband and wife in the UK. 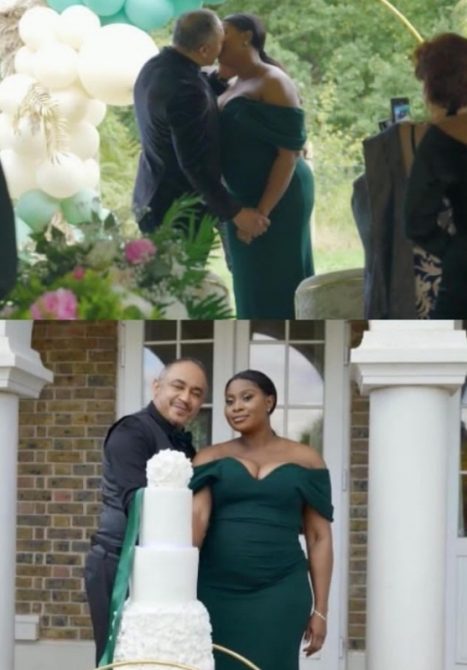 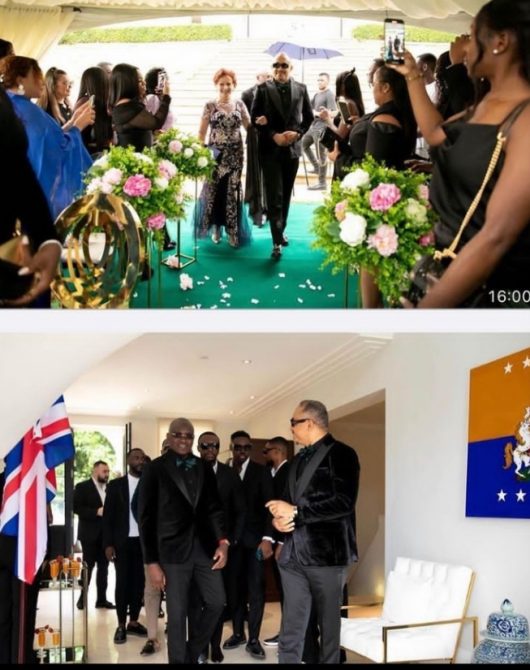 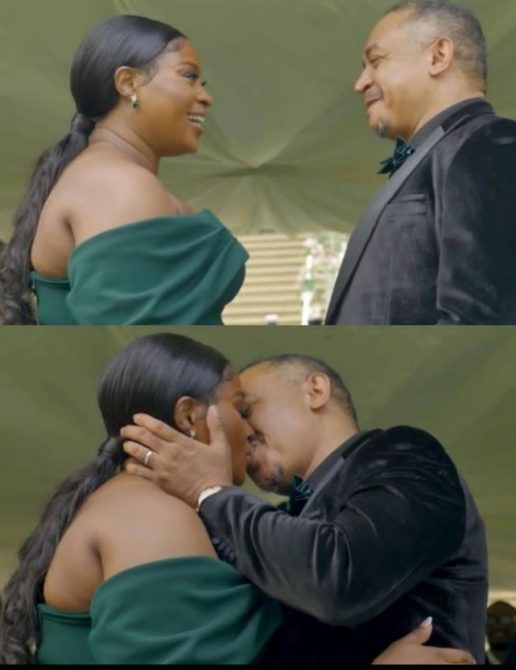 According to reports, Before the secret wedding in the UK, the media personality was asked to pay the sum of N5 million by a Nigerian court.

Daddy Freeze reportedly lost to Benedicta’s ex-husband, and the court ordered him to pay Paul Odekina, the former husband of his newlywed wife, N5 million for having an affair while they were still legally married. 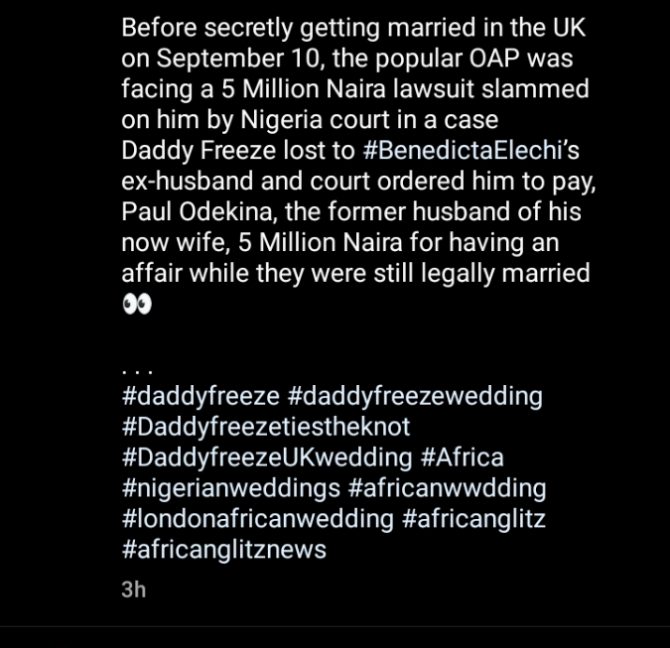 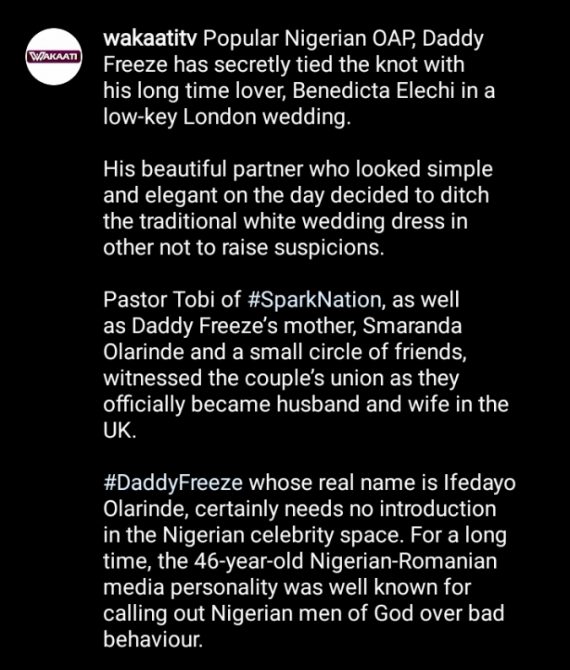