“You are a hypocrite” – Netizens drag Mercy Johnson for acknowledging Yul Edochie’s birthday post and snubbing that of his second wife, Judy

Popular Nollywood actress, Mercy Johnson has been criticized by some ‘advocates’ of her colleague, Yul Edochie’s second wife, Judy Austin-Moghalu.

This comes after the award-winning actress, who turned 38 on Sunday, August 28, acknowledged a post dedicated to her by Yul Edochie and snubbed that of Judy.

Yul Edochie had taken to his Instagram page to celebrate Mercy Johnson and eulogized her for being a stellar actress.

“Still one of the greatest in the business. Happy birthday @mercyjohnsonokojie I wish you many more great years. May God be with you always”, he wrote.

They berated her for ignoring Judy and called her unprintable names.

The power couple, who married on August 27, 2011, and have four wonderful children, are celebrated their traditional wedding anniversary  on August 26, 2022.

The couple took to their respective Instagram pages to celebrate with adorable photos of themselves and their kids in matching blue traditional regal attire. 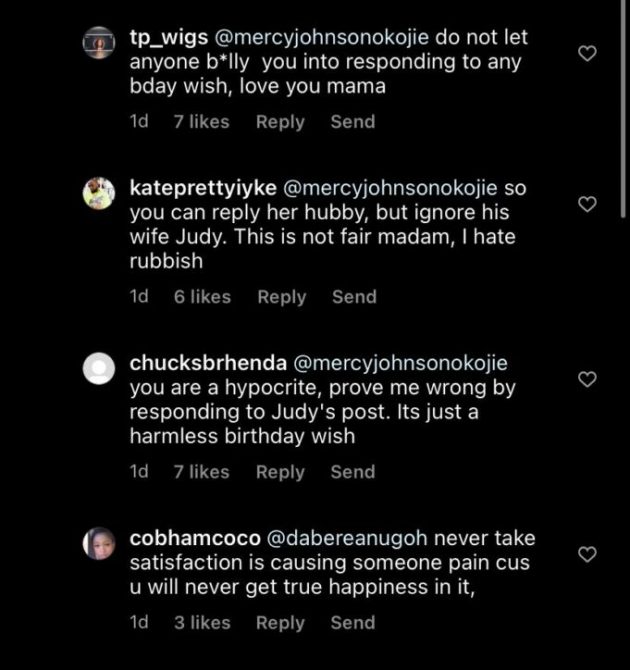 Korra Obidi under fire over her choice ...