Motorists have been urged to ply alternative route following the fire which gutted some vehicles under the Eko Bridge at Apongbon area of Lagos State.

According to a source, the incident happened around 7am, Wednesday.
Fortunately, no loss of life in the incident.

The cause of the fire could not be ascertained as at press time.

It was gathered that men of the Lagos Fire and Rescue Team are currently on ground to put out the raging fire.

Consequently, the bridge has been blocked and cordoned-off for now to prevent any possible loss of lives and properties.

Hence, motorists were urged to use alternative routes.

The bridge has been badly affected due to intense impact of the inferno. 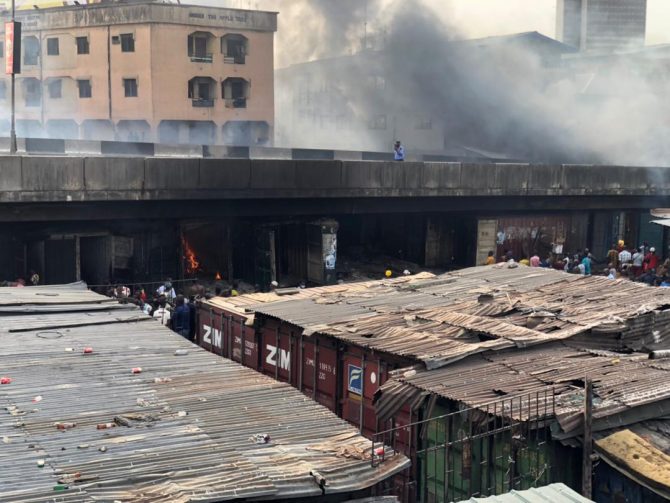