After Burna Boy, who is headlining a show in Las Vegas, was given prominence on the show’s poster, while he was placed together with other Nigerian artists at the bottom of the poster, legendary singer, Tuface has responded.

Later this year, the Chop Vegas show, will be coming up and Tuface, Timaya, Flavour and other Nigerian artists are billed to perform, with Burna headlining the show.
When the poster was released, Tuface shared it on Instagram to promote the show and people had a lot to say.

Some opined that the legendary Tuface shouldn’t be playing second fiddle to Burna Boy. They asked why Tuface was placed with other artists in smaller font at the bottom while Burna Boy’s name stands out in the poster. Some said it was disrespectful for the show promoters to do that. 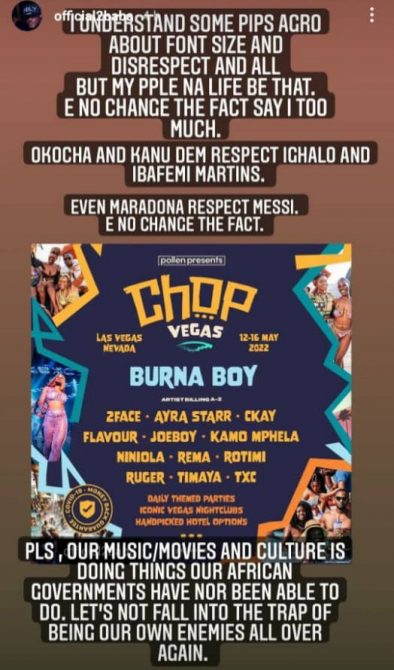 Reacting, Tuface said he understands the angle people are coming from but that it how life is.

He added that it doesn’t change the fact that he is “too much” and “2baba will be 2baba always”. 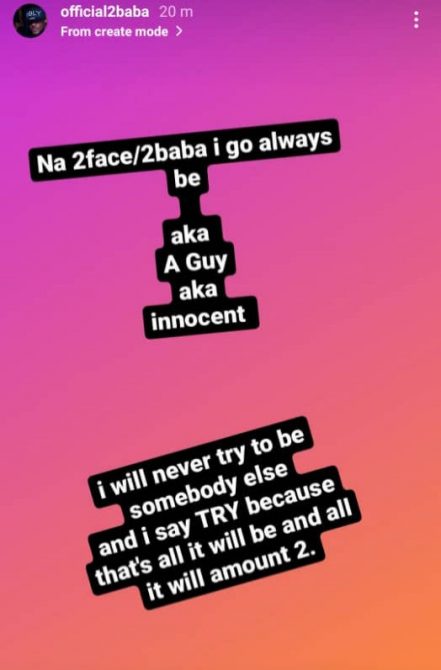 We Make 80k Daily From Pickpocketing In ...