Ned Nwoko, the husband of Nollywood actress, Regina Daniels has finally broken silence on reports of marrying another woman and jilting the Screen Diva.

According to Ned Nwoko in a statement via his Instagram page, all publications and reports about his intentions to take a new wife are false.
Adding to his point, the Billionaire emphasized that even if he had plans to take a new wife, it would be a public event but never in secrecy.

”This is fake news and YOU shouldn’t help to propagate it. If I want to marry, it will not be done in secrecy. There is a particular group of little minded faceless individuals who believe they can gain followership in the social media by using my name to create sensational news every week.

I will keep being law abiding and reporting the miscreants to the police for appropriate actions. When such misguided individuals are arrested, don’t accuse me of using the law against them”
-HON.PRINCE NED NWOKO.” 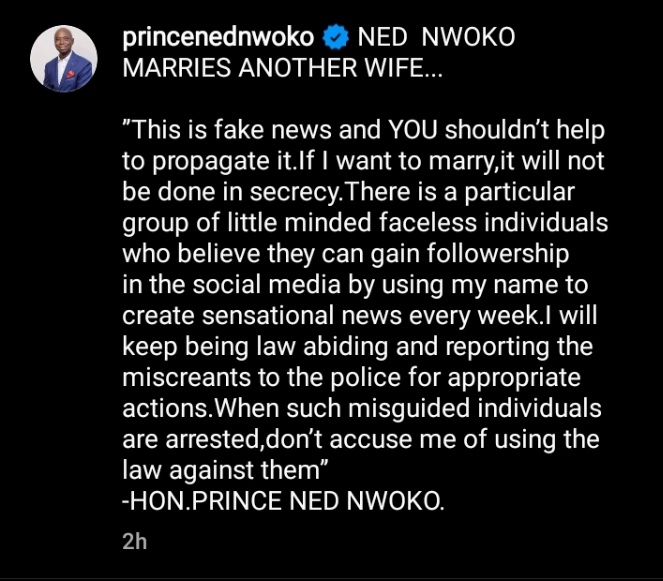