celebrityEntertainmentGossipmediaTrendingUncategorized
Home›celebrity›‘May You Have Thunder, Lightning For Breakfast’ – Cross In Furious Outburst Over Saskay, Jaypaul Triangle

‘May You Have Thunder, Lightning For Breakfast’ – Cross In Furious Outburst Over Saskay, Jaypaul Triangle

Popular Reality Star, Cross Ikechuckwu Sunday spared the time to set the record straight as it regards his triangle with fellow reality stars, Saskay and Jaypaul, back when they were in Big Brother’s house.

One social media user had asked if men should steer clear of a lady they like in the case where she has a lot of admirers.

Cross was of the opinion that a man should keep chasing and his response made some users on the platform make references to his ‘situationship’ with Saskay. 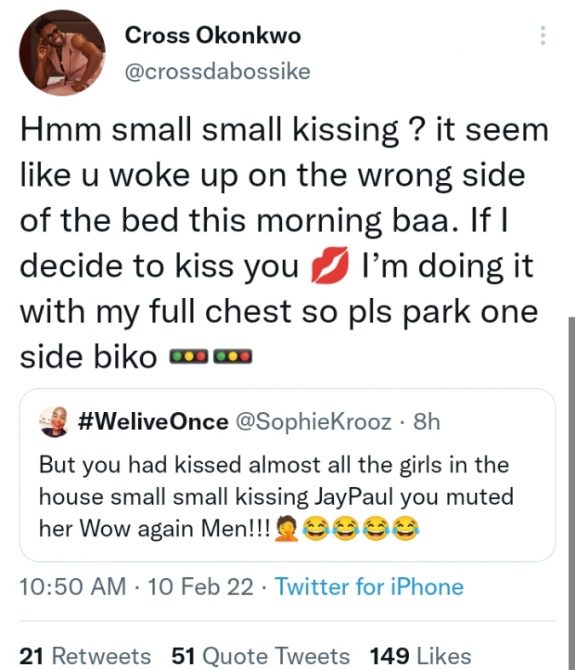 One user had challenged Cross and reminded him of how he backed off from Saskay even after she made it clear that she was just friends with Jaypaul.

The Shine Ya Eyes star, in turn, fired back and mentioned how Saskay went on to lock lips with Jaypaul. 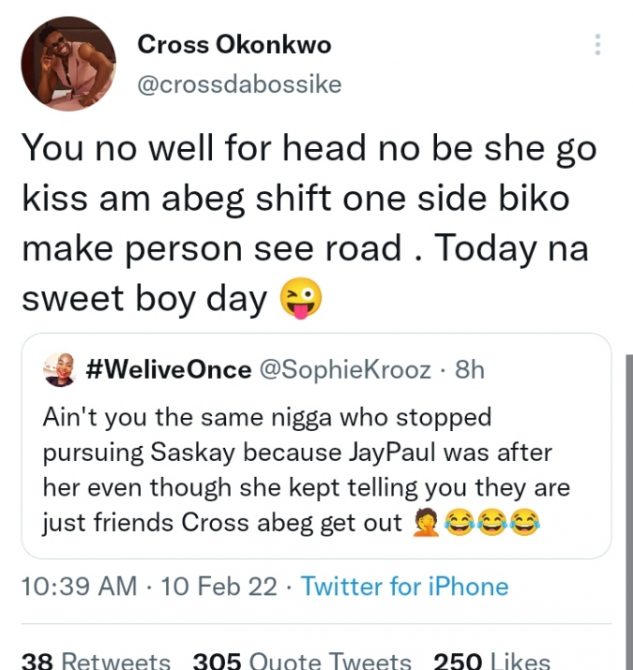 When Cross was reminded of how he did the same with several ladies in the house, he mentioned doing it with his ‘full chest’ and suggested that Saskay went behind his back.

The reality star was quick to send lightning and thunder the way of another user who challenged him over the matter. 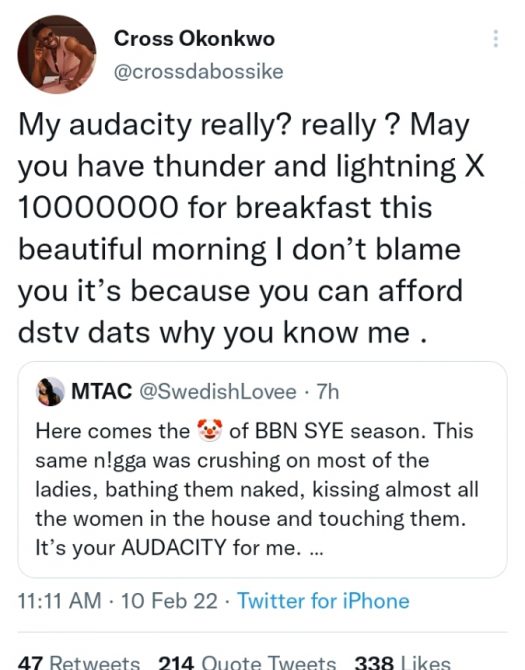