Sammie Okposo’s Wife Reacts As Singer Returns To Instagram After Deactivating His Account Due To Infidelity
Sammie Okposo’s wife has reacted after her husband and singer returned to Instagram following his infidelity confession.

Recall that the gospel singer initially deactivated his account and stepped down from working in ministry after admitting that he cheated on his wife with a woman.
The woman he was involved with also granted an interview, revealing she is pregnant with the singer’s child. She revealed that he hid his marital status from her and asked her to abort the pregnancy when she took in.

Today, Sammie Okposo returned to Instagram and he shared a post about God freeing him from the power of sin.

He added that he is no longer bound by the fear of men and God loves him just as he is.

His wife of 11 year, Ozioma Okposo, reacted to the post by liking it. 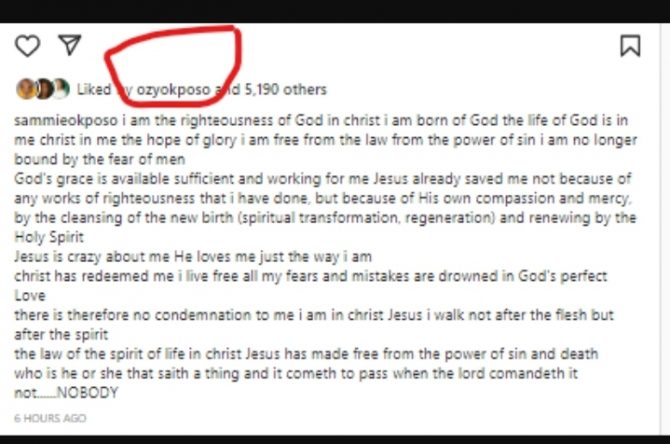 Donate Our Bonuses to Victims of the ...