Popular Big Brother Naija Star, Kiddwaya has reached out to his friend and Reality Star, Tochi, after days of speculation on his uncertain marriage with engaged lover, Chioma.

In the video, Chioma, who is also a dancer, was visibly overwhelmed by Tochi’s proposal.

Since the proposal, Chioma had not shared the video on her page, nor has she mentioned anything on the supposed engagement.

“There’s so much more to life than the attention/validation that you seek so much for from the outside world. But it’s not me that’s gonna be used to trend. Everybody rest in Jesus’ name.”

Following the message, it was noticed that Tochi had deleted the engagement video from his page.

Few hours ago, Kiddwaya who seemed curious about his friend’s situation, took to Twitter and in an already deleted tweet, asked his friend if his wedding will hold or not. 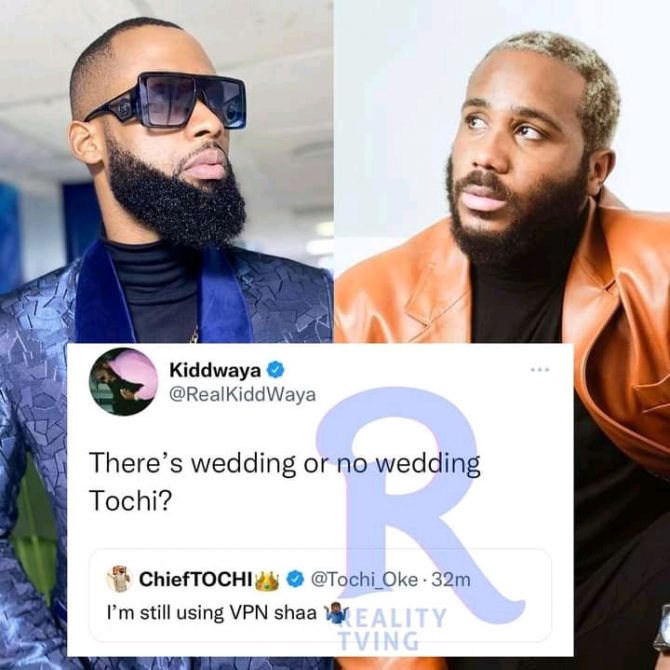