Emmanuel sighted the post on Twitter, where a Twitter user, identified as @WinneRose2Sure claimed that he’s a fan of his love interest, Liquorose.
WinneRose even went to the extent of saying that Emmanuel is not worthy to be ‘stanned’, which simply means that he shouldn’t have a fan or supporters, since he has chosen to support Liquorose.

“If I have to be a fan of a fan I would choose Vandora a million times before I choose to Stan ur fan in Cross Da Boss Voice,” @WinneRose2Sure tweeted.

Responding to the tweet, angered Emmanuel asked who the unfortunate individual is, adding that she should be back to school by now.

“…Thought school has resumed… who is this lost being??,” Emmanuel replied 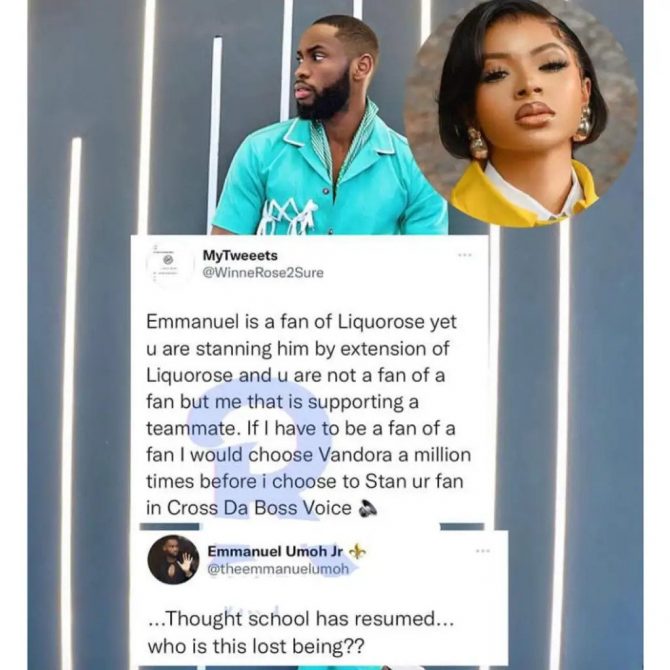 Well, this isn’t the first time this scenario has occurred between Emmanuel and supposedly Liquorose’s supporters, who always troll Emmanuel as a result of how he has chosen to stay away from any relationship with Liquorose.

Emmanuel, on the other hand, has addressed the issue severally, pertaining to his decision not to go into any relationship with the Shine Ya Eye show 1st runner-up.