BBNaija Cross Calls Out Maria Over An ‘Unpaid Debt’

Former BBNaija season six housemate, Cross has taken to social media to call out his colleague at the reality show, Maria, over a certain debt she has failed to pay.

Maria and Cross were featured at the season six edition of the reality show which was tagged ‘Shine Your Eye’ and they were able to build a good relationship.

Their good relationship has continued outside the show with fans urging them to ensure that nothing comes between them. 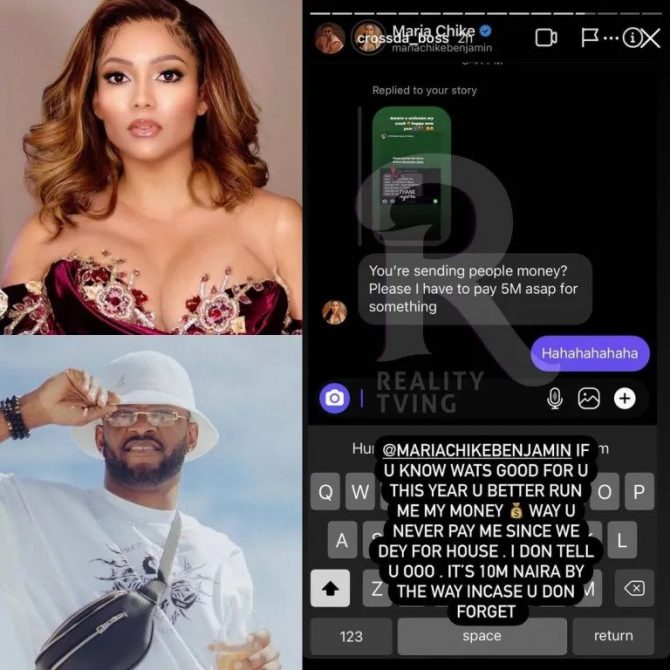 Cross shared a screenshot of a message he received from Maria who claimed she needs a sum of five million naira.

According to Maria, Cross has been giving out money and it’s high time he sends her the money so she can take care of some stuffs.

Reacting to this, Cross warned Maria to pay her the money she has been owing him ever since they were at the BBNaija reality show.

Your Heart Is So Dark, Filled With ...