Former Kaduna Central Senator, Shehu Sani, has reacted to the eviction of Maria from the Big Brother Naija, BBNaija, show.

Sani said he would not eat for one day due to Maria’s eviction from the BBNaija show.

In a tweet, the socio-political activist stressed that Maria’s eviction was unfair.

According to Sani: “Evicting #Maria is unfair; I won’t eat for one day #BBNaijia6 #BBNajia.” 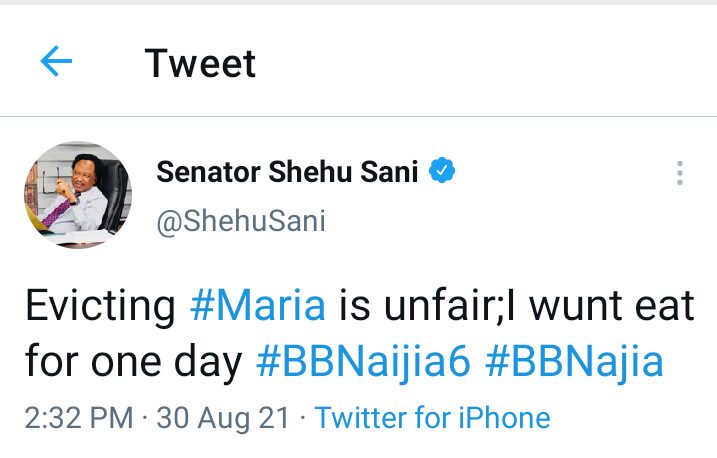 Maria was one of the housemates evicted from the reality television show on Sunday.

She was evicted alongside JMK and Sammie.

Queen, Maria, Pere, JMK, Sammie, and Cross were up for eviction last week.